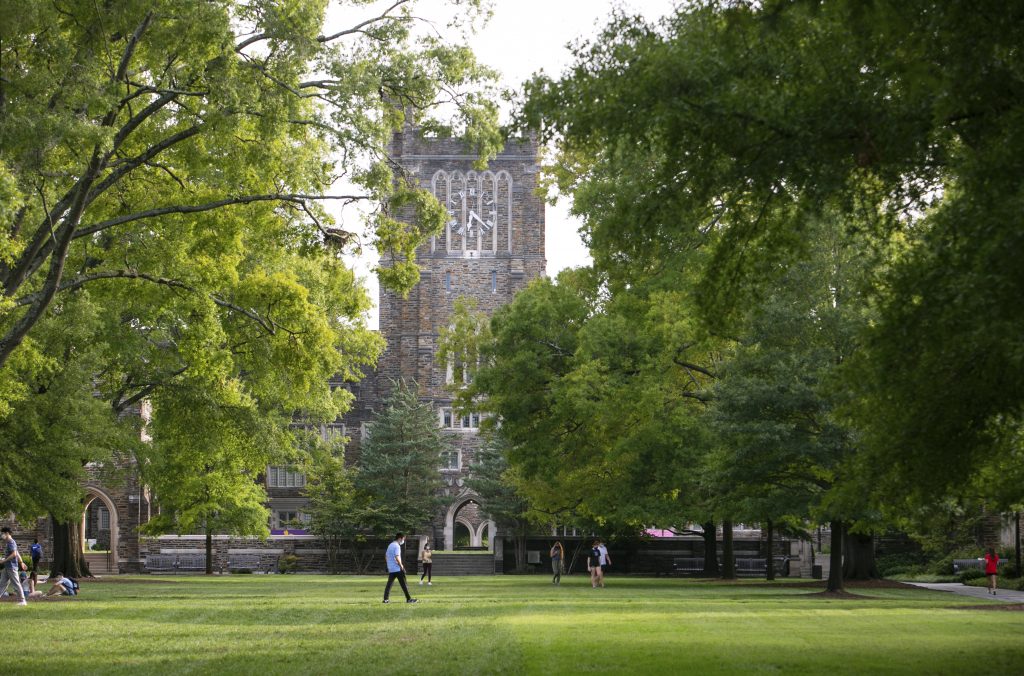 The first BRITE Ideas event of 2021 featured research from two Duke students. You can watch a full recording of the event online.

Her analysis found that students who were given a criterion grading scenario were more likely to feel confident in their ability to succeed in a course and more likely to offer help to their peers in the course. Students in a norm grading scenario were more likely to believe that the instructor felt that not all students in the course were equally intelligent or capable of success. These students were also less likely to say they would ask others for help if they were struggling. In discussing the findings, Jingxuan noted that criterion grading, but not norm grading, seemed to promote positive learning behaviors such as help-seeking and collaboration.

Instructional Metaphors and Student Expectations
During the second half of the session, Michelle Wong shared research she and co-authors Stephen Flusberg and Bridgette Martin Hard have done exploring the use of metaphor to communicate the student-instructor relationship within a class. Michelle’s research team identified four common metaphors for the student-teacher relationship:

They then examined whether the use of these different metaphors evoked different expectations of the instructor among students. They conducted an experiment in which students were sent an email introducing them to a fictitious class that included one of the four metaphors. Students were then asked to make their best guess about characteristics of the fictitious professor, such as whether they were effective or whether they strictly enforced deadlines. They found that students who were given the gardener metaphor were more likely to characterize the professor as “likely to offer extensions” and “caring”. Students who saw the coach or sculptor metaphors tended to describe the professor as “strict” and “challenging”, while those who saw the tour guide metaphor did not tend to coalesce around any single descriptor. Michelle discussed implications of the work, such as the importance of considering how implicit metaphorical language in a syllabus can influence student expectations around a course.

Join us for the next BRITE Ideas workshop on Wednesday, March 3 at noon to hear Eric Smith from Stanford University share research on how practices which convey that instructors recognize and value students’ multifaceted lives beyond the course can be a powerful lever in improving students’ engagement, well-being, and academic success.

Get Support for Teaching

Contact a Learning Innovation consultant or drop in at our office hours.