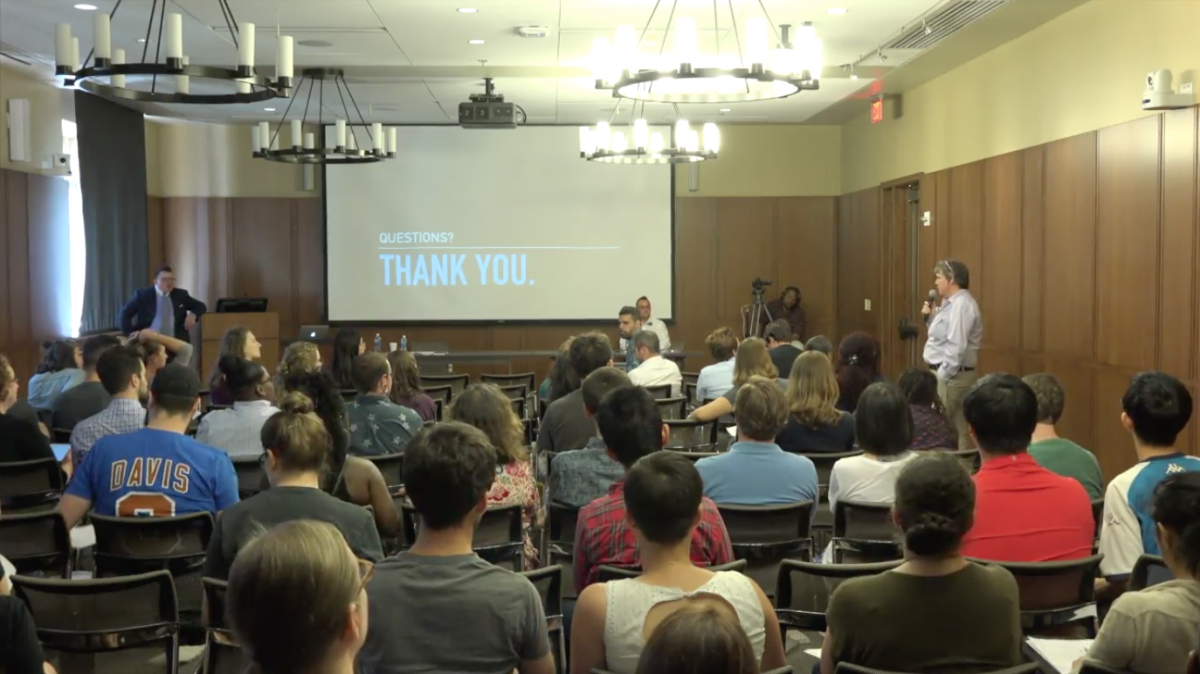 In April 2017, the Duke Graduate School, Duke’s Department of Gender, Sexuality, and Feminist Studies, and the Duke Center for Instructional Technology (now Learning Innovation) co-sponsored a workshop on Transgender Inclusion in the Classroom.  The workshop offered a look at models and training in creating a classroom that incorporates trans* students, including best practices and example scenarios.  In several blog posts written by guest authors over the next few months, Learning Innovation will highlight important concepts covered during, and inspired by, the workshop.

The following post, which offers help addressing students’ preferred pronouns, was written by Nick Clarkson, a Postdoctoral Associate in Transgender Studies with the Gender, Sexuality, and Feminist Studies Program at Duke.

Asking students which pronouns they prefer and then using them correctly is a central component of establishing a trans-friendly classroom, yet this is also something that feels awkward until you get used to it.

It’s a good idea to ask people their preferred pronouns when you first meet them, such as asking students to include their pronouns when introducing themselves on the first day of class.  (There’s some concern that students may feel forced to out themselves during such an activity.  This post offers some helpful language to address that possibility.)  Even if all of your students appear to be gender-normative, there may be students whose pronoun preferences don’t match their gender presentation.  Even if all of your students want to be referred to by the pronouns that match their gender presentation, it’s still a useful practice to normalize the process of asking for people’s pronouns.

You are already familiar with “she/her/hers” and “he/him/his” as pronoun sets.  Those who prefer gender-neutral pronouns are likely to use “they/them” as singular pronouns.

Dean Spade, Professor of Law and trans activist has written some helpful tips on pronoun etiquette:

Nick Clarkson is a Postdoctoral Associate in Transgender Studies with the Gender, Sexuality, and Feminist Studies Program at Duke.  He earned his PhD in Gender Studies from Indiana University in 2015.  His current research examines the effects of post-9/11 changes to airport security practice and identity documentation policy on transgender people.

Seth works with faculty in the Humanities, and across the university, in order to help them improve pedagogy and enhance meaningful student learning.  His interests include active learning techniques, the educational use of mobile devices (phones, tablets, etc.), wearable technology, online course development and delivery, digital video and imagery, virtual and augmented reality, and Web-based educational tools. Read more posts by Seth Anderson »