Skip to content
Duke Learning InnovationBlogMOOCs Are Reaching the Underserved 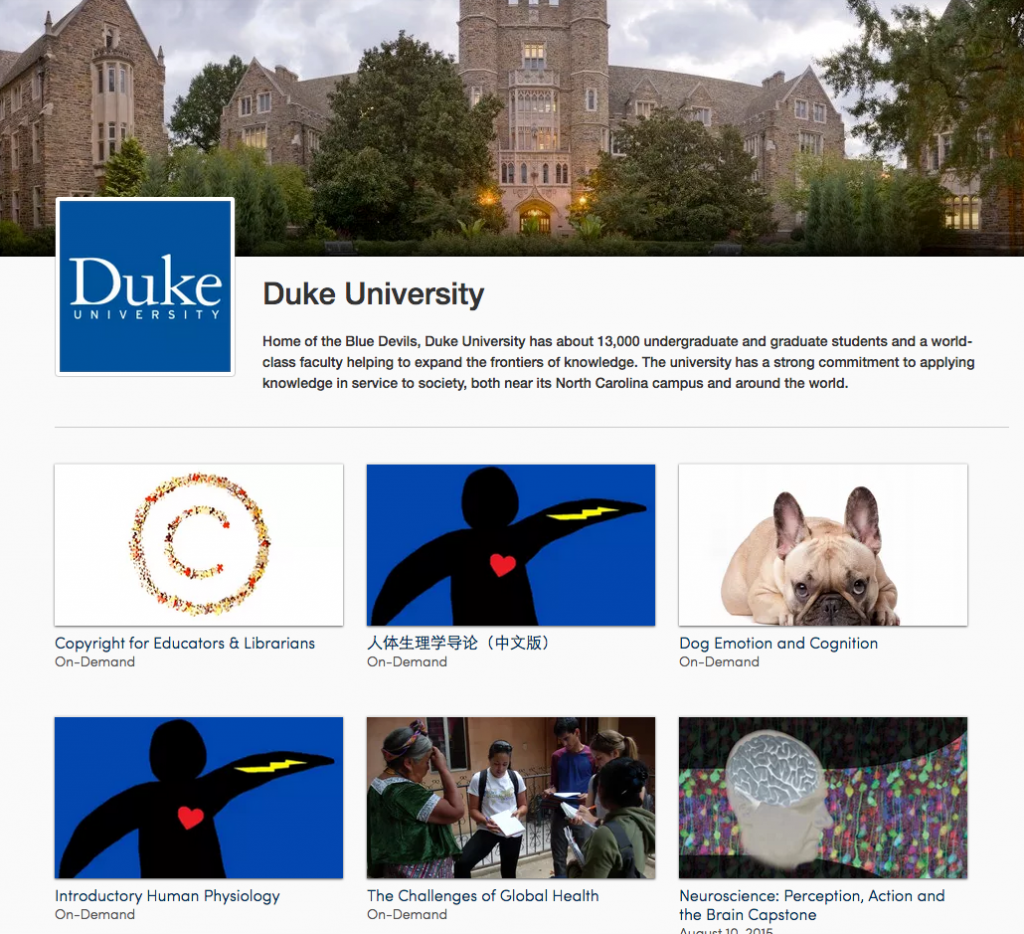 Massive Open Online Courses are helping to democratize learning by supplementing traditional forms of higher education, according to a new Duke University study.

A study of 13 free, open-access digital courses offered by Duke using the Coursera platform illustrates that MOOCs are popular among youngsters, retirees and other non-traditional student populations.

The study was published in Educational Media International.

Duke researchers analyzed data from pre-course surveys administered to everyone who registered for a Duke MOOC in the Fall 2014 semester. They looked specifically at three groups: people under 18, adults over 65, and people who reported that they did not have access to higher education opportunities. Based on comments from over 9,000 learners who fell into these groups, the researchers found qualitative evidence that MOOCs met their needs for content they would not otherwise have access to.

“The idea was trying to get a better handle on individuals who were underserved, because so much of the popular press has focused on highly-educated, white (for the most part), upper middle class folks taking Coursera courses,” said Lorrie Schmid, the lead researcher on the study. “We wanted to get a sense of these other groups and how they might be approaching, in similar or different ways, these types of classes. “

The study, based on surveys of MOOC enrollees, found that many people under 18 took MOOCs to learn about topics not taught at their school and to explore different disciplines, often to help them choose their future academic or career path. Adults over 65 often took MOOCs to pursue lifelong learning and keep their minds active, regardless of age, and because they wanted to mentor younger students in their professional field.  In addition, the online courses were the only option for some older adults with limited mobility and finances, the study found.

A few examples: A 10-year-old with autism who is home-schooled reported taking a MOOC to learn more about chemistry. A grandmother took a MOOC course in order to help her granddaughter prepare for nursing school. And a graduate student took a Duke statistics MOOC to hone research and analysis skills.

Schmid said that across all three groups, “the theme that was most pronounced was that Coursera classes were supplementing or enhancing their education that they were getting from other either K-12 or higher education formal courses.”

[This post originally appeared on the Duke Research Blog]