Google has released a video and some information about a project they’re working on with Harold Abelson, an MIT computer scientist, to open the doors of creating apps for Google’s Android mobile operating system. 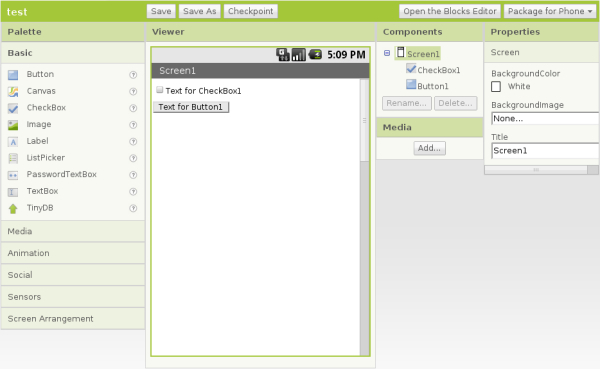 The software is App Inventor.  Using a drag and drop interface, users can create applications in just a few minutes.  In a New York Times piece about the project, Abelson noted that the tool was designed to make creating an app easy for even young students.  One, for example, make a program that informed a list of friends where he was located every few minutes; a nursing student at Indiana University created an app that sent an emergency message or made a call if someone fell.  Google has released a video showing someone creating a simple app in one minute that plays a sound when a photo is tapped on their phone.

The software tool is currently being tested; interested users can sign up to be included in a beta at Google’s site.