How is our relationship to physical space changing as space becomes “virtual”?  What do virtual spaces reveal about the people and circumstances that create them?  Those are questions asked by Annabel Wharton, Professor in Art, Art History & Visual Studies, in her research on Medieval and Modern Architecture.

Over the past few months, Wharton has explored Second Life, an immersive world inhabited by several million avatars representing real life humans, as well as Assassin’s Creed, a popular video game set in thirteenth century Palestine and Syria. She is examining the effects of digital architectures on those who navigate those virtual realms. In Fall 2009, she plans to teach a course on Jerusalem in which students will join her in investigating the power of architecture in these new media. 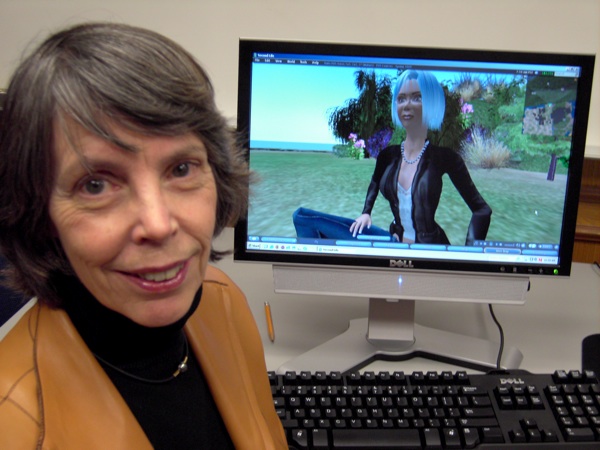 For the past four years, Wharton has been studying “pathological architectures,” seeking to understand and describe the ways that “sick” buildings affect the people who occupy them. More broadly, she is interested in how architectures act as agents in modifying the way humans live.  Her work in exploring architectures in Second Life and video games is preparation for the last chapter of her book.

“It’s impossible to understand space conventionally any longer; digital worlds and immersive spaces play too large part in our economy and culture to ignore,” Wharton said.

“I expected myself to be a kind of tourist in Second Life and in video games. But the space is invasive; it doesn’t allow you to be simply an objective observer. I have become subjectively engaged, in a way that surprised me. ”

Wharton also noted that, in Second Life, the spaces are created by the avatars themselves; both shaping and acting is an expression of their producers.  As opposed to “real” life, objects retain  reference to those who made them. A chair or a house in real life is anonymous; a chair or a house in Second Life, with a click of the mouse, reveals its creator. Search engines allow you to invite those makers to talk to you about their work.

For example, during the recent presidential campaign, Wharton explored the Second Life spaces created by Democrats and Republicans. Democratic spaces were functional, open, modern, information-centered. Republican sites were architecturally elaborate with classicizing buildings and the intimacy of Main Street. She drew from her observations conclusions about the working of the “public sphere” in immersive worlds.

For faculty thinking about integrating Google Earth, Second Life or video games into a course, Wharton suggests becoming familiar with the technology first.  She compares it to learning a new language or visiting a new city with its own culture and conventions. Each technology may take several weeks of learning its mechanisms and exploring its   the territory to feel “at home”.

With Second Life, Wharton recommends having students to visit a variety of spaces, some connected directly with the course contents and some not, in order to accustom themselves to navigating the space and interacting with other residents. But finally students can construct the historical sites they are studying in three dimensions so that they and other avatars may walk through them. 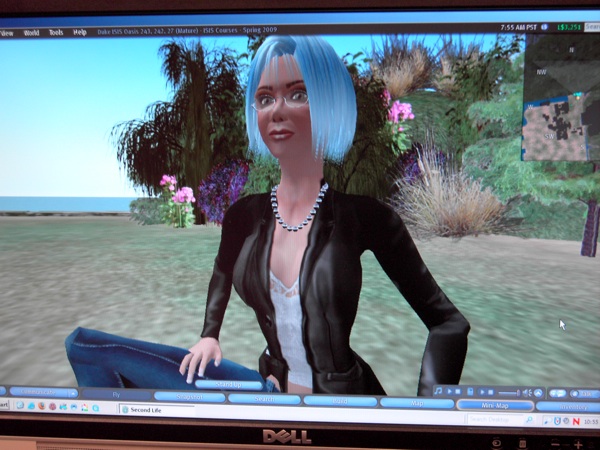 Most residents of Second Life are “in world” for social purposes or for entertainment—from soft-porn to “dancing for Jesus.” But groups engaged in politics, education, art and music are also active there. Avatars can walk around the Sistine Chapel and the Temple at Karnak or they can attend discussions of Obama’s Cairo speech with Egyptians, Turks, Iranians and other Muslims from around the real world. The first brief piece that Wharton wrote about Second Life described her first visit during the Gaza War to the newly opened Palestine Holocaust Museum (article at iReport).

“It is really worth investigating digital technologies,” Wharton says, “They give you a new means of rethinking your old assumptions—a central concern of education.”